Both recently happened and both are effectively the same thing.

After more than 2 years, of record-breaking low (no) volatility, the market is suddenly very volatile. There are a number of potential reasons for this sell-off but the most likely culprit is that we have enter a new phase of the economic cycle – when “good news is bad news.” Since the financial crisis ended, we have been looking forward to the economy returning to “normal” – as in, normal short term interest rates of 2-3% and normal inflation of 2-3% and normal economic growth rates of 3-4%. After 9 years of waiting, normal seems to be finally returning. This also means that we are entering the maturing stage of the economic cycle when the market becomes more concerned about rising interest rates and rising inflation. Hence, improving employment, higher wages and economic growth (good news) means higher interest rates and inflation (bad news). Rising interest rates means that the market has to reset valuations.

Couple that with the fact that the stock market has tripled in value since the crisis ended and that we haven’t had a real 10% correction in over 2 years (and counting), and the market was bound to be more volatile. We have said that the longer the market goes without correcting, the bigger the potential correction. The average market correction is 10-15%.  Given the strong economy, we don’t expect much more than that. 2017 was tied for the least volatile year (1995) since World War II. In the year following the 10 least volatile years since WWII, the average drawdown/correction has been 12%. The good news is that 7 of those 10 years finished positive. It’s still early in the year. No reason to think that it can’t happen this year. The last correction was in January 2016. Despite a 12% drop early in that year, the market finished up 12% for the whole year.

You may have noticed we are talking about a correction, not something worse. Based on the fact that the economy is still growing and seems to be growing at a faster pace, the current market decline should be viewed as an opportunity to rebalance and re-assess risk. As you know, we make a big deal about getting the client’s risk profile correct.  These are the markets we are talking about. As we could have predicted, bonds actually went up in value today as investors looked for safer havens. However, no one could have predicted when this was going to happen. Our clients don’t have to make drastic moves to try and ease the pain. They should already have the appropriate amount of risk protection built into their portfolios. If they’re not comfortable with 100% of the downside risk, great, about 80% or 60% or 40%?  A client in a 60/40 allocation has lost less than 5% during the sell-off. Still a loss, but not nearly as scary – by design. More importantly, long-term investors should always be looking for the opportunity to take advantage of temporarily lower prices.

The numbers may sound scary to some. Those clients that stay invested through the volatile markets are rewarded for their courage and patience in the long run. Your job as an investor is to make the right decisions, at the right time, for the right reasons.

While there continue to be many ways employees can use support, Family Wellbeing should be a key area of focus right now.  Schools across the country are releasing their options for re-opening 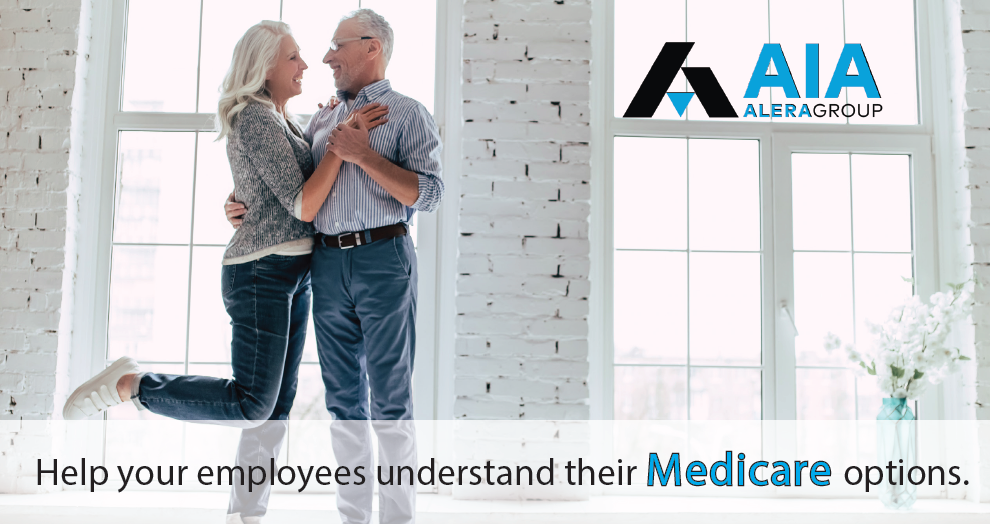 Understanding Medicare In this webinar, Medicare specialists provide an overview of what you need to know about Medicare so individuals can make the best decision that fits each unique situation. Learn the differences Register »
Top
Ask An AIA, Alera Recruiter